Alternative Dispute Resolution (ADR) is a means of settling disputes without resorting to the courts.

Settlement of disputes is typically faster and cheaper for both the consumer and trader when using ADR.

There are different levels of ADR available through the NCS, these include:

Mediation/Conciliation: where an independent third party helps the disputing parties to come to a mutually acceptable outcome.

Arbitration: Where an independent third party considers the facts and takes a decision that is often agreed to be binding on one or both parties.

Who can bring a case to the NCS?

Initial complaint enquiries can only be made by consumers not by traders.

Does the NCS have to accept all automotive retail cases?

However, all communications must be in the English language and there are certain restrictions on the types of cases that we can accept.

Common reasons for the NCS not to accept a complaint are:

If the NCS cannot accept your case, we will inform you of this within 7 working days of receiving the full details of your complaint and provide you with detailed reasons for not being able to accept it. Where possible, and if appropriate, we will also inform you of alternative options that may be open to you to help resolve your complaint.

How quickly will my dispute be settled?

As the NCS is a certified ADR provider, an outcome to your dispute will be provided within 90 days of a case handler receiving a complete complaint file.

A complaint file is required by a case handler to resolve a dispute and includes relevant information detailing the dispute from both parties.

We aim to provide a resolution much sooner than this.

My complaint is related to a vehicle loan or insurance. Can I still use the NCS?

No. Disputes relating to financial services must be handled by the Financial Ombudsman Service (FOS).

However, disputes regarding vehicle warranties or guarantees are not regulated by the FCA and the NCS will consider these cases providing they are not part of a statutorily regulated financial agreement and therefore under the scope of the FOS.

Who are the subscribers to the NCS?

Can I claim compensation for stress?

No. Unlike a civil court the NCS’s Conciliation/mediation process cannot deal with claims that are not easily quantifiable, such as ‘compensation’ for stress, illness, inconvenience or loss of earnings. However, if you have suffered a ‘demonstrable financial loss’ and incurred additional costs due to the traders alleged negligence or actions, we may be able to assist you further

It should also be remembered that as the ‘claimant’ over the matter, ordinarily the ‘burden of proof’ rests with the you to provide evidence to prove or support your case, and you are also expected to ‘mitigate’ any loss, or in other words, take steps to minimise any losses.

When can I ask NCS to get involved in a dispute?

The NCS can only become involved in a dispute providing that:

a) the trader is a subscriber to the NCS (usually via their trade federation/association), and

c) the only option left open to you to pursue the matter is via the civil courts.

How long will the process take?

ADR is normally a lot quicker (and far easier) than the civil courts. And although legislation requires ADR providers to deal with most disputes within 90 days* our consumer response and case times are considered to be the best in the sector and the vast majority of cases are concluded well within the limits allowed by legislation

* of receiving a complete case file

What documents should I send to support my claim?

You will need to supply any evidence to support your claim. This may include copies of invoices, estimates, independent reports etc., anything that will support the claim/s you are making including claims for ‘incurred costs’.

Should I send the whole email chain between myself and the motor trader?

No. We will only need you to send the relevant information (emails etc) that support your claim/s. And as the claimant over the matter, it is for you (or your representative) to try and be concise and only supply information that is relevant to your case.

Are the Conciliator’s recommendations legally binding?

No. The Conciliator’s main objective is to see if he can help the parties reach a mutually agreed conclusion to the dispute. If this is not possible, then the Conciliate may offer independent opinion and/or a recommendation to settle the matter which both parties may decide to agree to.  However, neither party is legally obliged to accept the Conciliators recommendation/s or opinion/s over the matter, and as this process of ADR is intended to ‘Confidential’, unless both parties agree to the contrary, they should not be referred to in court

Can the NCS deal with complaints about bad or poor levels of customer services?

No. CTSI certified ADR for consumers is generally intended as a consumers last resort to litigation in the civil courts. Therefore, complaints about bad or poor customer services, and not financial loss or detriment, should be referred to the businesses trade federation or association.

If Resolver has already dealt with my complaint can I send my Resolver Case file as my supporting evidence?

No. You will need to complete an NCS Case Reference Form to enable us to evaluate your case. And although you can use information from your Resolver case file to support your case (invoices, estimates etc.,) You cannot just send the complete file in its ‘Package it up’ format, as you will need you to provide information to the NCS in a similar format as you would to the courts.

Can I still submit a case for review during the Covid-19 lockdown?

Yes. The NCS will continue to deal with cases as expediently as possible. However, there may be delays if a trader is unable to respond to the NCS due to a shortage of key staff of if the business has temporarily closed

Will it take the NCS longer to deal with a case during this period of disruption caused by Covid-19?

Some cases may take longer to review and to deal with as the NCS will need the trader to formally respond to NCS enquires, and due to the present situation key staff may be unavailable or the business may have temporally closed some departments 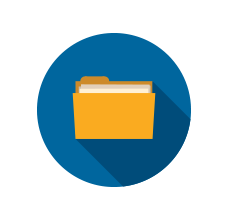 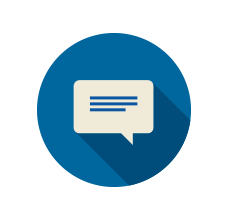